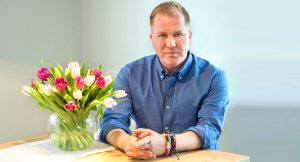 Tony Stockwell is an international Psychic Medium, Author, Teacher and Speaker with a career spanning over 30 years.

Tony is a CERTIFICATE holder of the SPIRITUALIST NATIONAL UNION aware (CSNU) in Teaching, Demonstrating, and Speaking, a recognition he is very proud of after examinations and assessments by the Spiritualists National Union.

Tony has had four of his own solo television series: ‘The Psychic Detective’, ‘Street Psychic’ and ‘Psychic School’ for Living TV, and more recently, ‘Psychic Academy’ made for the BIO Channel, as well as one off specials; ‘Street Psychic San Francisco’ and ‘The National ESP Challenge’