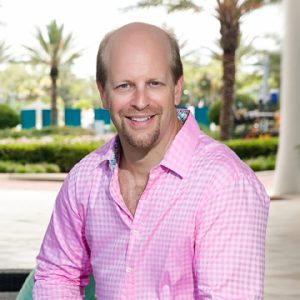 Carl Seaver offers Psychic + Mediumship Sessions at The Karma Castle in Ormond Beach Florida. His services are also offered worldwide via phone and video call to clients who don’t live in the Daytona Beach, Florida area.

Carl first became aware of his ability to communicate with the Spirit World in 1988 after having a 30-minute conversation with his grandfather, 3 months after his grandfather passed away.  Once he realized that he could communicate with The Spirit World, it didn’t take long for him to KNOW that our soul carries on, and we never die.  Carl believes that this ability was just lying dormant prior to this event.  However, The Universe, in its infinite wisdom, chose this specific time to start to reveal this ability to him.

Carl believes this is an ability, not a gift, and that everyone has this ability.  He believes that everyone is capable of learning how to develop his or her Intuitive, Psychic, and Mediumistic capacities.

Carl also believes in Divine timing.  At the time his abilities were first revealed he fought it, hid it from others, denied it, and dismissed it for many years.  But in time, and after Universal sign after sign, he finally threw his arms up in the air and shouted to the Universe… “OK I GIVE UP!!  For some reason I seem to have some type of heightened ability, so I guess I better figure out what to do with it”.

After several years of extensive training by some of the best local, then regional, then Internationally known Psychic Mediums, Carl decided to abandon his traditional life as a business owner and dive in “head first” to dedicate his career to his calling as a Psychic and Medium.

He has had the honor to mentor with, and demonstrate with some the best-known Mediums in the world, and has been invited to demonstrate nationally as well as internationally.